Over the previous weekend, I managed to finish the hat in the previous post (just put in a black rim to keep it snug and let it fit over my ears).  I’m trying to use my existing stash of yarn, and unfortunately, I cannot identify the specifics of the yarn used here, but here is the finished product. 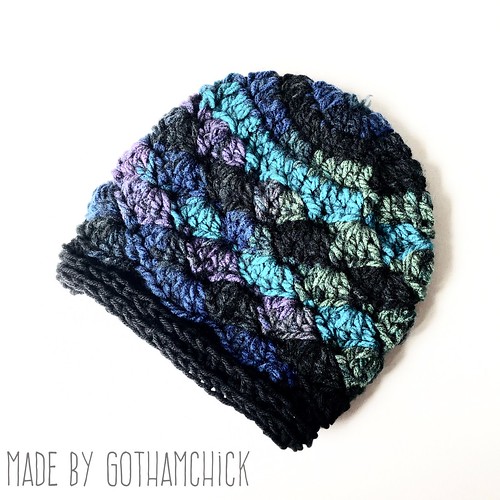 Then beyond that, I managed to finish two others. Talk about being productive.

One thing I’ve noticed is that you have to pay attention to your own head size and actually be patient with stitching and undoing and stitching again.  While I have found some great pattern references, I have had to adjust based on the thickness of the yarn, or the fancy stitch following.  So while with a certain yarn, I may end up stopping the increasing of the stitches per row at say, the fifth row, I might have to do that on the sixth for thinner yarns.  Some yarns are also wont to hug your head, and others will just lay over your head, so there is less need to be relaxed with the actual fit.  What I’m trying to say here is that it’s different for each project.

I tend to start with the required number of rounds from the crown of the head (top), rather than start from the rim and work my way up.  I like my winter hats to be snug, and I don’t like putting in a pom-pom as an accent, so I work from the top down.

I first wrote about my quest for the perfect hat back in 2016, and I referenced this pattern for a slouchy beanie.  Although the original pattern called for more give and fabric to hang from the back of the hat, I wanted something snug, but with enough give just to give the hat a bit of shape when on my head.  I have used the starting pattern for this beanie for many of the hats that followed, including the first two hats in the post.

I like to learn new stitches, and I have always fancied the texture and body of the basket weave stitch.  Since I am now unable to identify the video I referenced, suffice it to say that Youtube is one great tutor.  While the stitch usually requires a treble stitch, I worked on using a double crochet stitch but had to keep in mind that my pattern had to start at a row following a round that was divisible by 3. 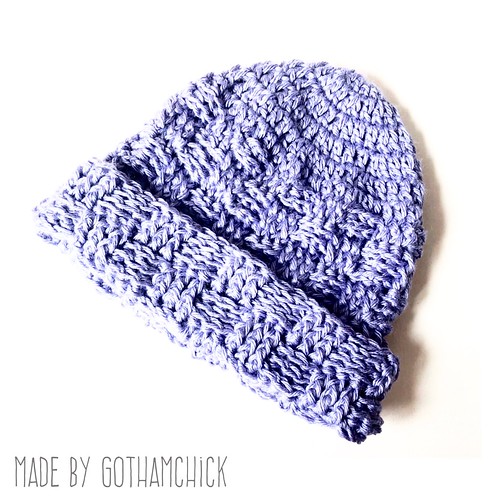 After working my way to the 6th round, I started adjusting the pattern to accommodate the woven stitch.  This time around, I wanted to be able to put a rim around over the edge of the hat.  Again, keeping in mind that I was working on a pattern, I had to make sure that the rim fell on a row that would compliment the row above it when the rim was in place.

And finally this last hat, based on a pattern I bought from RubyWebbs over at Etsy.  While my finished product looks different from the photo accompanying the pattern on the site, blame it on the tweaks I did which came out as I had hoped it would.  You can see the cable stitch clearly even with the solid black yarn I used. 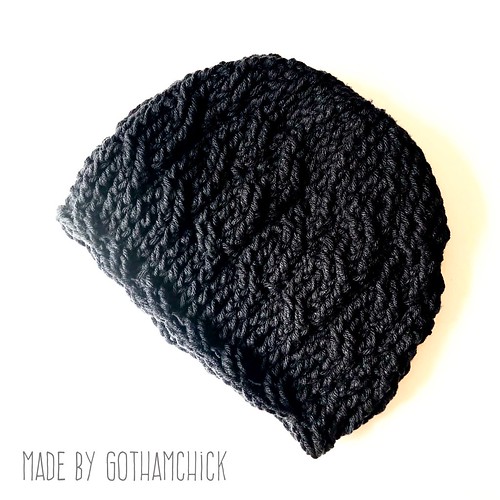 First of all, I highly recommend Joni’s patterns on RubyWebbs because they are clear and easy to decipher, no matter what your level of skill is.  I consider myself rather advanced since I can read both word and diagram patterns and have been crocheting since grade school, but you want to work with patterns which don’t presume that you would have the same skill level as the vendor.  I actually bought 3 patterns, but I haven’t had the chance to work with the other two.

I followed the initial pattern for the top before getting to the row where the cable stitches begin, but I found that the hat had gotten too loose, so I went and unstitched two rows back and started the cabling ahead of the pattern.

I also found that you can actually make the cables longer by repeating a certain row, or keeping the pattern as is.  Towards the end, I reduced stitches for a snugger fit by first, skipping the half double crochet stitch between the cables but retaining the one inside (on the second to the last row of the cable) and then for the last row with the cable, I omitted that half double crochet to “close” it out.

The pattern provides for a finish but I opted to use my own by just closing out the cable and leaving it “raw”.  Maybe for the next one, I will try to do the cable and the finish as is and see how that ends up. 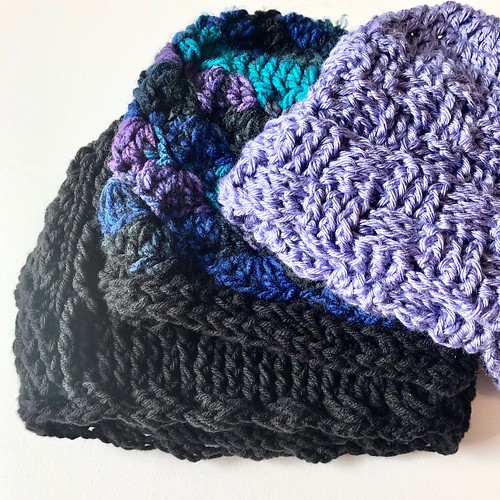