One thing I’ve been trying to learn about and be good at is working with craft wire in various gauges.  The problem with wire, though, is that once you work with it, there’s no straightening it out to be reused in its original state. It also takes time to untangle and undo.

Over the weekend, I had started to reorganize my beads and found a stash of them “all wired up” but not quite in the way I would be happy with.  It took some reworking but I finally got them undone and the wire set aside for upcycling.

I sorted them by thickness and cut them in uniform lengths.  I’ve been experimenting with creating findings out of coiled flattened wire.  Pounding wire takes some practice because (1) you have to apply roughly the same pressure to the entire wire, more so if you’re trying to come up with multiples of the same size.  (2)  You have to work a wire from one end to the other on the same side, more so in the first pass when you are flattening a round wire.  This requires holding down the wire on the end you have already flattened to make sure it spreads out on the same side.

I have become comfortable with my hammer and tiny anvil and often work on a flat surface with the anvil on a magazine or some such support.  While we normally think that pounding wire actually thins it out and weakens it, working on wire this way actually hardens the wire because the action compresses it.  (This, of course, is a crafter’s explanation of what the process does..).

I start on one end and move slowly in multiples of 10.  (Pound one area 10x and then move a few millimeters out until I reach the end. ). Imagine yourself squeezing out the last bits of toothpaste from the tube and you’ll get what I’m trying to do.  I them flip the piece and do the same to the other side and I keep repeating this from end to end, both sides, until I achieve the thinness or width I want.  Again, remember to do it uniformly for all sides and all pieces.  Once done, I used my jumping pliers tool to create these coils. 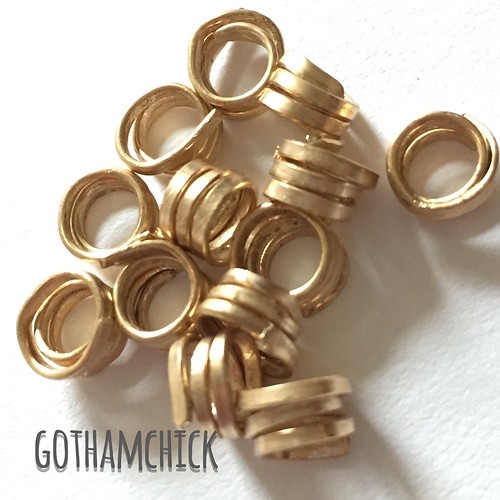 It takes a while but it beats throwing away wire you’ve spent good money on.  They lend a rustic and handmade feel to my creations which I will be experimenting more with.  I really like the feel and look of the upcycled wire even against such elegant barrel faceted beads like the ones I have pictured here.  Some people produce the same effect with random wire wrapping on an ensemble like this as well. I just prefer the destructured feel it produces when you like them on with beads. 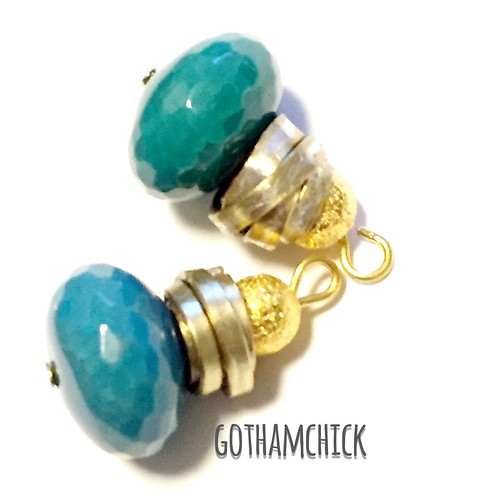